Zika virus is an enveloped, positive sense single-stranded RNA virus of the family Flaviviridae and the genus flavirirus with 10794 kb total length of genus and two flanking noncoding regions (Kuno and Chang, 2007). Zika virus was first isolated during the monitoring of yellow fever in Uganda in 1947. Human cases of Zika virus were reported since 1952. Sporadic Cases of disease in tropical regions of Africa and Asia (including India, Malaysia, Indonesia, and Pakistan) were reported during 1969-1983 (Kindhausera et al., 2016). The outbreak of Zika virus was reported in the remote island of the Federated States of Micronesia YAP in 2007 (world Health Organization, 2016b). With 28,000 cases, the largest outbreak of Zika fever occurred in French Polynesia in 2013 and 2014. Since after, other outbreaks had been reported in three other islands of the Pacific islands including Easter Island (Chile), Cook Islands, and New Caledonia. Since 2005, there have been reports on the circulating virus from different parts of the world, particularly from Africa, Southeast Asia, Oceania, and South America.  As of 9 June 2016, 60 countries have reported Zika virus of which 46 countries are experiencing a first outbreak of the diseases since 2015, with no previous evidence of circulation. Fourteen countries reported evidence of Zika virus transmission durin 2007-2014, with ongoing transmission (World Health Organization, 2016a; Kindhausera et al., 2016) (Table 1).

Zika virus-carrying mosquitoes are reported around the world and the transmission of the virus by travellers from endemic areas and the possibility of sexual transmission of the virus has added the concerns of the spread of the diseases (Hotez, 2016b). Evidences of the presence of the Aedes mosquito vectors in the countries of southern Europe with a history of reemerging of  arthropod-borne diseases, and other factors accelerating spreading of the virus, including the climate changes and recent economic downturn in Europe, made it more expectable to have reports of Zika fever outbreaks in european countries such as such as Portugal, Spain, southern France and Italy in the near future (Hotez, 2016a). Concerns are also considered  on the upcoming mass gatherings in Summer Olympics in Brazil, where the disease is endemic (Coombes, 2016), and the Umrah and Haji pilgrimages in Saudi Arabia, where local mosquito populations signify the potential for the outbreaks (Hotez, 2016b; Bhatt et al., 2013).

Based on the reports, the disease is extending into new countries and regions of the world (Fauci and Morens, 2016, Lucey and Gostin, 2016). The World Health Organization (WHO) has asked dengue fever endemic countries to be more prepared against possible outbreaks of Zika virus  (Gulland, 2016).

Although such as Dengue Fever and Chikungunya, Aedes aegypti and Aedes albopictus are known as Zika virus primary vectors (Wong et al., 2013), recent studies have shown that a wide range of mosquito species may be the potential vectors of  Zika virus. In the new reports, Zika virus has also been isolated from Culex perfuscus and Anopheles coustani that are widely spread in tropical regions of the world and may act as Zika virus mechanical vectors (Marcondes and Ximenes, 2015). Although the detection of the virus in theses mosquitoes doesn’t proof the transmission of the virus; however, these studies represents our unknowns about the virus and its transmission modes.

In its urban cycle, Zika virus is served by human, as the role amplifying host, and Aedes mosquitoes, as the vector (Musso et al., 2015). The disease is often associated with either no symptoms or mild clinical symptoms including fever, skin rash, conjunctivitis, muscle pain, joint pain, weakness, and headache, lasting for 2 to 7 days (Nhan and Musso, 2015). Severe symptoms or deaths are reported in rare cases. The scientists have reported correlation between the occurrence of clinically severe signs, including progressive neurological disorder and autoimmune diseases such as Guillain-Barré syndrome and Zika virus outbreaks in France and Brazil in 2013 and 2015, respectively (Lucey and Gostin, 2016). The main concern for Zika virus disease is probable microcephaly disease in infants which is observed in northern Brazil (world Health Organization, 2016b). WHO declared a Public Health Emergency of International Concern over the Zika virus after an increase in cases of microcephaly and Guillain-Barré syndrome in the Americas.

Infected patients by Zika virus may not need any special treatment. Indeed, adequate rest, increased fluid intake, and symptomatic treatment with conventional drugs are common ways to treat this disease. An effective vaccine for the disease is not yet reported. Preventive controls are similar to other preventive measures against Arboviruses including avoidance of the mosquito bite and vector control (Nhan and Musso, 2015).

According to similar clinical signs to other Arboviruses and lack of adequate laboratories to detect the virus in many parts of the world, the incidence of the disease are believed to be underestimated; however, the disease has high potential to spread across tropical and subtropical regions of the world, according to the distribution of the potential vectors (Nhan and Musso, 2015).

In Iran, monitoring programs and vector control of Aedes mosquito has started years ago to investigate the possible vectors of dengue fever especially in eastern regions of the country. In spite of the establishment of the monitoring and controlling programs for vectors, and due to the lack of reports regarding Aedes aegypti and Aedes albopictus, Zika virus transmission is not a big concern in Iran. However, due to many report about the presence of potential Zika virus vectors in neighborhood countries such as Pakistan (Khan et al., 2015), continuing monitoring and vector control programs are needed especially in eastern regions of the country. Passengers who travel to endemic areas of Zika virus must be educated about the potential risks of Zika virus and appropriate measures to reduce the possibility of exposure to mosquito bites and risk of the disease. Fortunately, the laboratory diagnosis of Zika virus is established in Pasteur Institute of Iran as a part of the surveillance system of the disease.

To prevent possible threats of Zika fever outbreaks, consistent actions are very essential to detect the patients, update the disease epidemiological information identifing hot spot regions, pay more attention to pregnant women travelling to the endemic countries, make physicians and public communities aware of the associated risks with sexual transmission of the disease, early response to the potential outbreaks, and strengthen the prevention and control strategies in parallel with other Arboviruses species (Nhan and Musso, 2015).

This paper is written based on the approved project No. 810 and support of Pasteur Institute of Iran and the center for communicable disease control. 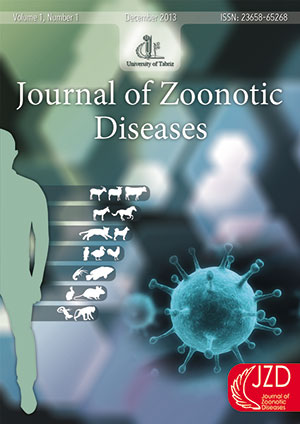